New transport data shows half of Hamilton’s peak hour traffic (7am - 9am) is made up of commuters from outside the city.

Better roads, more transport options and a thriving job market are cementing Hamilton’s reputation as a business powerhouse.  And it’s the city’s status as an economic hub for the region which is helping draw large volumes of commuters each workday.

The large number of commuters coming from outside the city can be linked to a variety of factors:

Attracting workers and visitors into the city leads to more transactions with city businesses. This is reflected in electronic card spending in the city which increased 7.4% in the June quarter when compared to the first quarter of 2022. 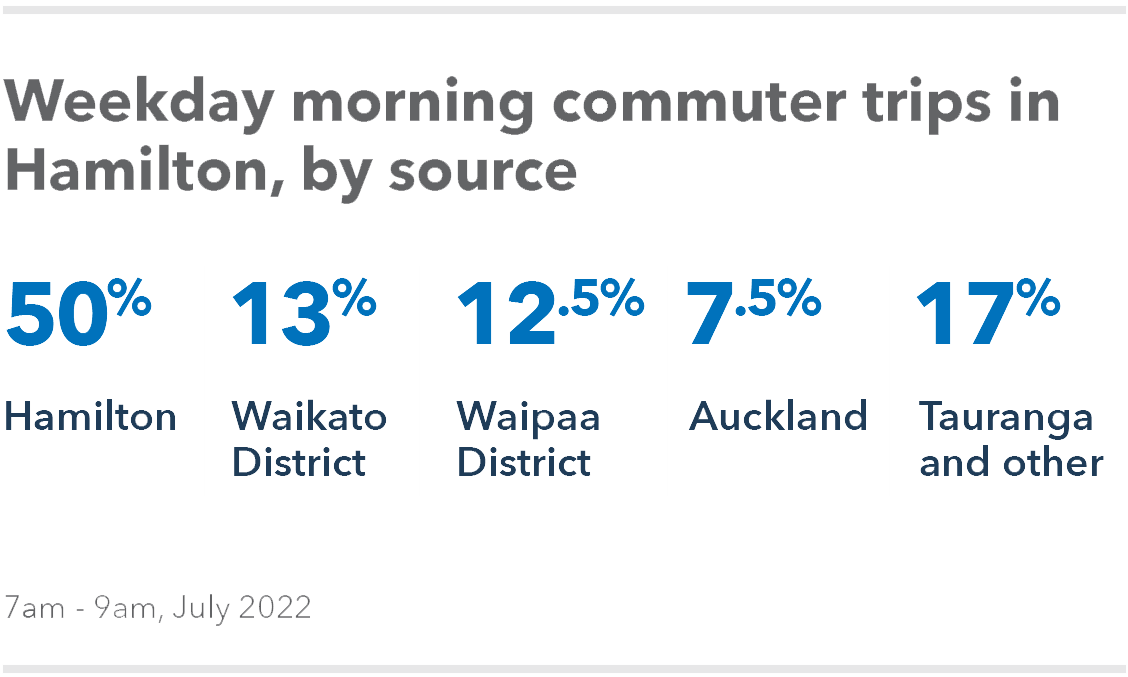 Hamilton City Council monitors traffic volumes into and within the city to inform transport projects. Council and its partner agencies continue to work hard to reduce pressure on our transport network by promoting walking and biking.

Tainui Group Holdings (TGH) are on track to open the Ruakura Inland Port in the last quarter of this year.

Ruakura has a direct connection to the four-lane Waikato Expressway, helping futureproof the area as the city’s next economic hub. The development of the Ruakura Superhub will deliver 6000 – 12,000 jobs over the next 10 years